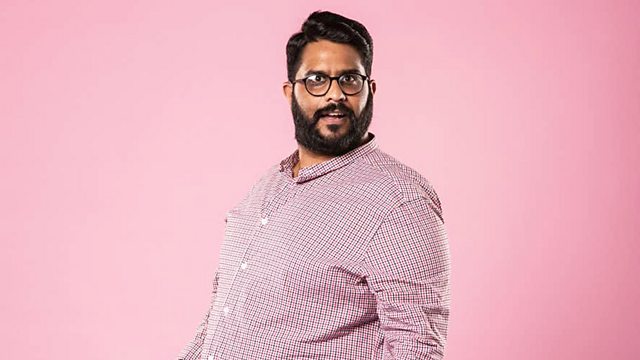 Geeta Pendse presents Front Row from Leicester, home of the Leicester Comedy Festival, which is currently taking place in over ninety venues across the city.

Comedians Eshaan Akbar and Ishi Khan talk about why Leicester is where they try out new material in Work in Progress shows. Geoff Rowe, who founded the festival 27 years ago, on what makes it unique.

Last year the first UK Kids Comedy Festival was launched in Leicester. We talk to the UK's youngest comedy double-act, Samson and Mabel, and their father Howard Read.

We hear about the school that has just won the title "Funniest School in Leicestershire", talking to Mayflower Primary School Deputy Head, Hannah Boydon.

Plus Sam Hewitt from Leicester band Easy Life. Championed by BBC Introducing, Easy Life recently came second in the BBC Sound of 2020 poll, and tonight are up for three prizes at the NME Awards, including Best New Act in the World.

Samson and Mabel at the UK Kids Comedy Festival, Leicester on 15 Feb