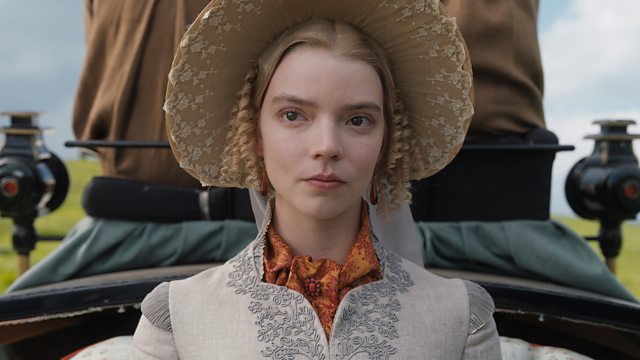 Anya Taylor-Joy on taking on the role of Jane Austen's Emma. Women who don't have periods. Teenage culture in the 1970's. Plus Yvette Cooper MP.

Emma is one of Jane Austen’s most adapted books. It returns to the big screen this Friday. The new film is directed by Autumn De Wilde and stars Anya Taylor-Joy in the title role. Why's the story still so relevant today?

After a recent discussion on ‘period power’ and the importance of getting to know your own menstrual cycle, listener Dearbhla McKeating got in touch. She doesn't have a monthly bleed and wanted to discuss the impact it has n your life. She joins Jenni alongside Consultant gynaecologist Pradnya Pisa.

The Museum of Youth Culture is currently touring their exhibition “Grown Up in Britain”, which showcases artefacts from teenager culture throughout the decades. To celebrate we’ve been hearing from you about what it was like to be a teenager from the '60s to the present day. Today we hear from Teresa, who was a punk in the 1970s.

Plus Yvette Cooper on why she's called for political parties to “draw up a new joint code of conduct against intimidation“, to make clear that “violent threats must have no place in politics in all parties”.