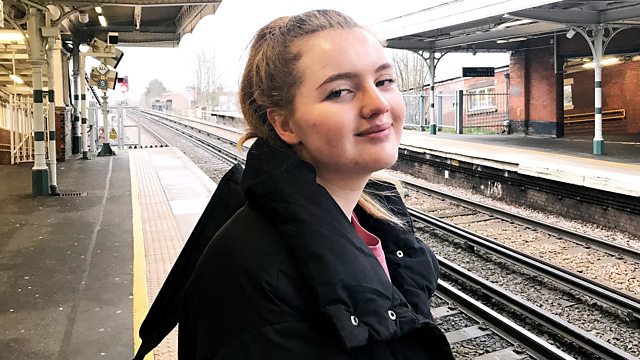 My Name Is Immie

Imogen Rhodes is 22. She spent most of her early life in temporary accommodation. One day she looked into the first floor of an office block from a bus and saw people living there.

"When I was in primary school, I remember being asked to draw our house. I drew our temporary accommodation, which back then was just an ordinary house. And I think about children living in these office blocks - what would they draw?"

When Immie was growing up, she lived in emergency and then temporary accommodation with her mum and three sisters. Temporary can be permanent for many people, but today she feels much more secure. Then one day something odd happened. She was on the bus, on the to deck, looking into the first floor of an ugly office block on the side of the busy A12 in north east London. She could see it had been converted, and there were people living up and down all seven floors. In tiny flats. Some of them were much smaller than the government's minimum space standard.

Immie wanted to know how this was possible.

We often hear that there is a national housing crisis, but don't always understand what that means. Immie, who is just 22, has made over 80 freedom of information requests to find out how many people are being temporarily housed in office blocks. She discovers that it is perfectly legal to do this - developers can bypass normal planning regulations thanks to Permitted Development Rights or PDR. She meets an architect and a council leader who both say it's wrong, though their reasons are not the same.

Features interviews with architect Julia Park of Leviit Bernstein; and Joseph Ejiofor, the head of Haringey Council … plus some dramatic location recordings too.

Abi Blake: I survived domestic abuse and want to help others