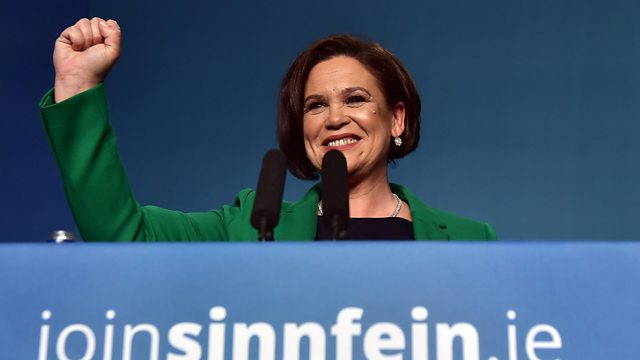 Sinn Féin recorded a historic result in the Irish election. David Aaronovitch asks what the party represents now and what it means for the future of Irish politics.

Sinn Féin's historic result in the Irish election has the potential to change the face of Irish politics - dominated for the past hundred years by the two main parties, Fine Gael and Fianna Fáil.

So what lies behind the rise of Sinn Féin? And to what extent has it put its past association with violent republicanism behind it?

David Aaronovitch is joined by guests including: