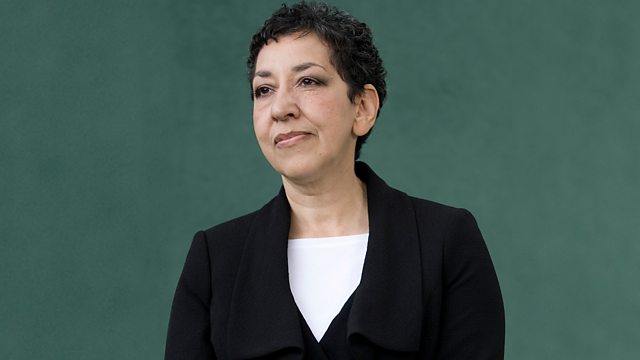 Andrea Levy: In her own words

Andrea Levy, alongside friends and family, speaks candidly about her writing life and her impending death.

Profiling the life and work of Andrea Levy, the best-selling author of Small Island, who died in February 2019.

Speaking on condition that the recording would only be released after her death, Andrea Levy gave an in-depth interview to oral historian Sarah O’Reilly for the British Library’s Authors’ Lives project in 2014. Drawing on this recording, along with comments from friends, family and collaborators, this programme explores Levy’s changing attitude towards her history and her heritage and how it is intimately bound up with her writing.

Andrea Levy grew up in North London in the 1960s, the daughter of Jamaican immigrants. Her father Winston came to Britain in 1948 on the Empire Windrush, and her mother Amy arrived six months later. At home, Jamaica was never discussed. Levy recalls how her parents believed that, in order to get on in this country they should live quietly and not make a fuss, and the silence around race in the family home haunted her throughout her life: "I have dreams now where I sit down with my parents and we talk about the difficulty of being a black person in a white country. But at the time? No help whatsoever."

A significant day arrived when she attended a racism awareness course in her workplace in the 1980s. Staff were asked to split into two groups. "I walked over to the white side of the room. But my fellow workers had other ideas and I found myself being beckoned over by people on the black side. I crossed the floor. It was a rude awakening. It sent me to bed for a week."

Writing came to Levy's rescue. Her first three books - Every Light In The House Burnin' (1994), Never Far from Nowhere (1996) and Fruit of the Lemon (1999) - explored questions of immigrant identity and were semi-autobiographical. Through her writing, she explored the historical connection between Britain and the Caribbean as a profoundly British concern, and her literary project was to make people of both small islands aware of their intertwined history.

It was the publication of the prize-winning Small Island in 2004 that propelled Andrea Levy to international acclaim. The novel told the story of Jamaican families like her own integrating into post-war Britain and drew directly from the experiences of her parents and their passage to the Mother Country. The success of Small Island held deep personal significance for Andrea: "From then on I thought, 'Things are possible'".

Writing The Long Song, her novel set on a 19th century Caribbean slave plantation, was, she says, "the most terrifying thing to have to go into". With the recent Windrush scandal and wider debates about the legacy of the slave trade in Britain, Levy’s work could not be more relevant. The Long Song was published in 2010 and was shortlisted for the Booker Prize. But it was during the writing of this book that Andrea was diagnosed with the cancer that would, she knew, eventually kill her.

Andrea Levy speaks here for the first time about living with a terminal illness and her hopes for posterity. And we hear an excerpt from a previously unpublished dialogue from her archives, now housed at the British Library, in which she tackles her imminent demise with her trademark wit and wisdom.

I Think I’ve Been Here Before