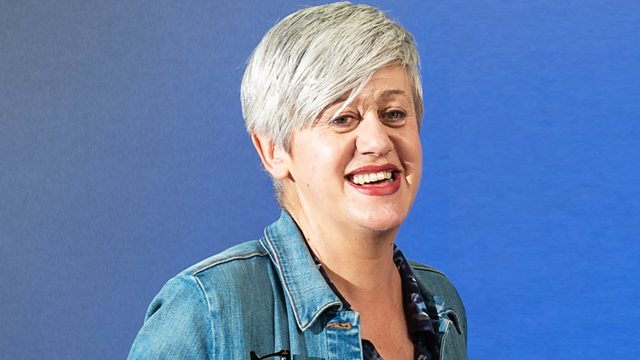 Richard Coles and Aasmah Mir are joined by Tracey Thorn, who escaped from suburbia, went to Hull University and emerged as one half of pop group Everything but the Girl. Her latest book details the influence of her background on her journey – not least how boredom was for her a catalyst for creativity. She joins us on Saturday Live.

Jenny Tong went from rebellious childhood and repeated school exclusions to trying weightlifting at University where she was doing an International Relations and Politics degree. Today she holds three British Under-23 records and finished fifth at the European Youth Championships in Romania. She joins us.

We also have Monty Halls, who left the Royal marines when he realised his passion was the marine part – he retrained as a marine biologist and has done expeditions and documentaries about marine life ever since. His latest one sees him take his whole family with him, to the Galapagos islands.

Stephen Saunders learnt to fly after he lost a leg in an accident – then he flew a hot air balloon under Clifton Suspension bridge. He’s also a Saturday Live listener – he joins us.

Ainsley Harriot chooses his Inheritance Tracks - Be My Life’s Companion performed by The Mills Brothers and I Want a Little Sugar in My Bowl performed by Nina Simone. And we have your thank you.