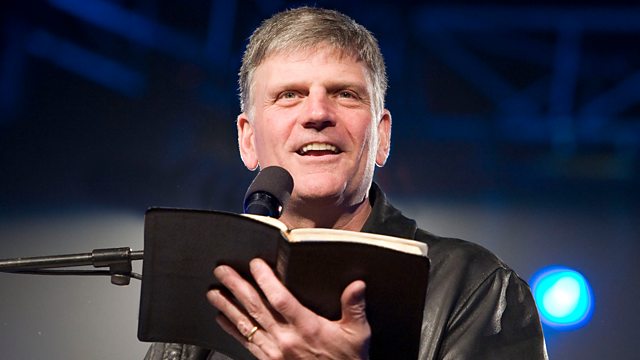 Franklin Graham, president and CEO of the Billy Graham Evangelistic Association was scheduled to come to the UK for an 8 city tour beginning in May. As all the venues say they have cancelled his bookings Edward asks him why people appear to be uncomfortable with his visit and how he plans to respond.

A clandestine operation carried out by one of the world’s most secretive intelligence agencies used a fake diving resort on the coast of Sudan to evacuate the ‘lost tribe’ of black Jews in Ethiopia. The true story of a remarkable rescue mission is told in a new book, Red Sea Spies by BBC Middle East journalist Raffi Berg.

The Academy Awards will be held in Hollywood on Sunday night and The Two Popes is up for two awards with Jonathan Pryce and Anthony Hopkins both nominated. Stephen Brown, film critic on the Church Times, explains why there appears to be a mini boom in religious themed films.

Church of England football; Lawyer to Asia Bibi; The Rule of Benedict