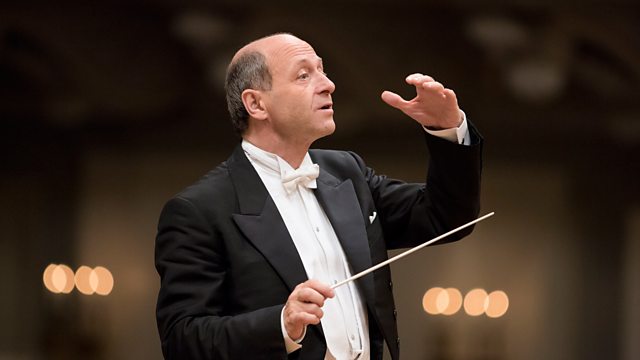 Recorded last week at the Royal Festival Hall, Iván Fischer conducts the Orchestra of the Age of Enlightenment in Mozart's last three symphonies, Nos 39, 40 and 41, 'Jupiter'.

Iván Fischer, one of today's most exciting conductors, joins forces with the period-instrument Orchestra of the Age of Enlightenment in Mozart's last three symphonies.

In summer 1788, broke and out of favour with the notoriously fickle Viennese public, Mozart was at a low ebb. Yet in just nine weeks (which included the death of his daughter) he was able to produce a trio of brilliant and brilliantly contrasting symphonies, from the genial and playful No. 39, through the drama and tragedy of No. 40, to the exuberant tour de force of the 'Jupiter's' finale where Mozart seems joyfully to revel in his own genius.

Recorded last week at the Royal Festival Hall and presented by Ian Skelly.

Orchestra of the Age of Enlightenment
Iván Fischer (conductor)