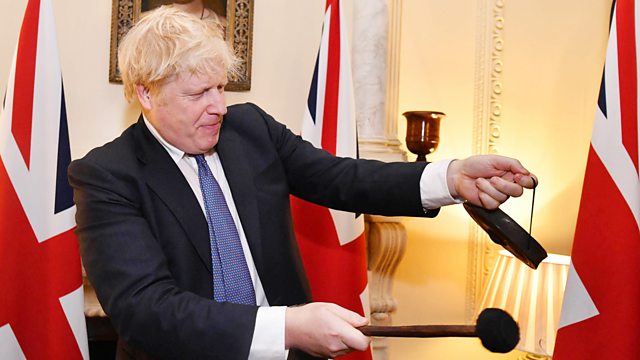 Has No 10 called time on media scrutiny?

Broadcasters have complained after Boris Johnson's "address to the nation" on the eve of Brexit was made by Downing Street's PR team and not recorded by journalists. Meanwhile, a group of political journalists walked out of Number 10 after senior reporters claimed they had been barred from an additional press briefing. Also in the programme, the government announces a public consultation on whether non-payment of the TV licence fee should remain a criminal offence.

Image shows Boris Johnson banging a gong to mark the UK's departure from the EU, in a photo taken by Downing Street's official photographer at an event journalists were excluded from

Brexit's "done" - so what will the media talk about now?!

The big money bet on podcasting