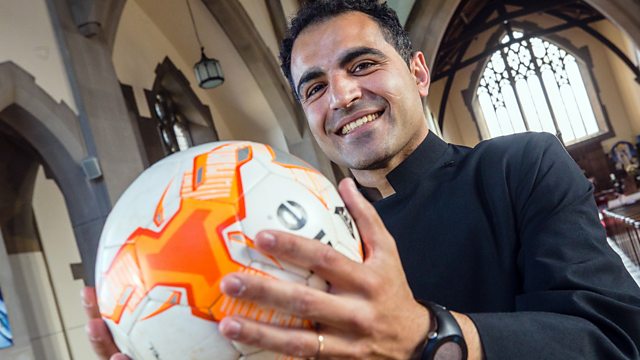 Church of England football; Lawyer to Asia Bibi; The Rule of Benedict

Emily Buchanan brings you news and analysis of the religious, moral and ethical stories of the week.

The Church of England’s has its first official football team, founded by an ex-professional from Iran who is now a priest in Sunderland. Emily talks to Rev. Pauya Hedari, captain and founder of the newly-formed Archbishop of Canterbury FC, about this team that will be made up exclusively of priests.

Ten years ago the case of a young Christian woman in Pakistan made headlines when she was sentenced to death for blasphemy. Her case was so controversial that two Pakistani politicians were later killed for publicly supporting her and criticising the country’s blasphemy laws. The lawyer Saif ul Malook represented Asia Bibi from 2014 until she was freed from death row. He tells Emily Buchanan about the threats he continues to face.

How can St Benedict’s sixth-century Rule, work for the present day and the challenges we face? In his book “The Way of St Benedict” Rowan Williams explores the importance and influence of Benedict's Rule for modern times.

Remembering the Holocaust; RE in Wales; Ezekiel Bread

See all clips from Church of England football; Lawyer to Asia Bibi; The Rule of Benedict (2)