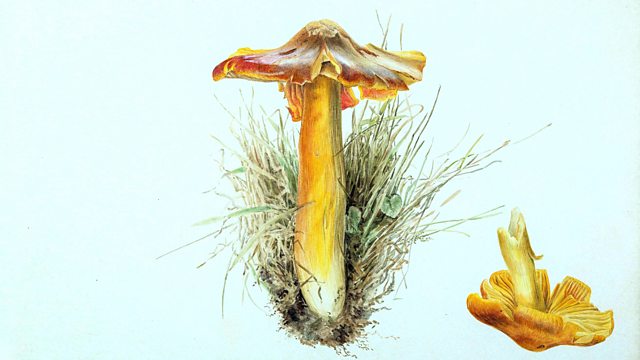 Ingmar Bergman, The Lighthouse, William Gibson, The Art, Design and future of Fungi, Art on the BBC

Ingmar Bergman's 1966 film Persona has been adapted into a stage play and it is the opening production at the newly revamped Riverside Studios in London The Lighthouse, starring Willem Dafoe and Robert Pattinson is a black and white film set in a claustrophobic remote isolated lighthouse where the two keepers begin to rub each other up the wrong way
William Gibson is a sci-fi writer whose latest novel Agency imagines a dystopian future world where time travel is possible but only virtually
The Art, Design and Future of Fungi is an exhibition at Somerset House in London which brings together work by artists and designers, exploring mycophilia, magic mushrooms and fungi futures
Art On The BBC is a new documentary series which delves into 60 years of arts coverage on BBC TV, exploring how TV portrayal has changed.

The Art, Design and Future of Fungi.

Exhibition at Somerset House until 26 April.

(c) courtesy of the artist