Close menu
BBC Four
The Windermere Children: In Their Own Words
Main content 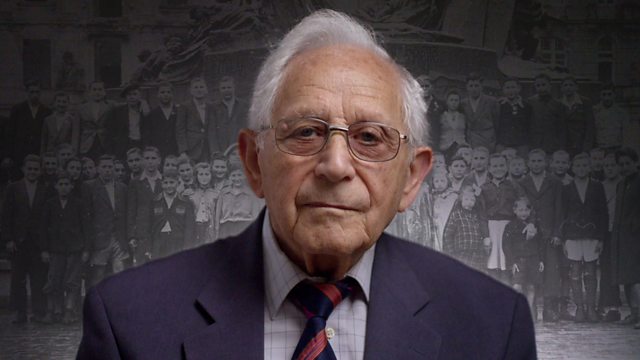 The Windermere Children: In Their Own Words

Documentary about the pioneering project, in 1945, to rehabilitate child survivors of the Holocaust on the shores of Lake Windermere.

The story of the pioneering project to rehabilitate child survivors of the Holocaust on the shores of Lake Windermere. In the year that marks the 75th anniversary of the end of World War II and the Holocaust, this powerful documentary, which accompanies the BBC Two drama, The Windermere Children, reveals a little-known story of 300 young orphaned Jewish refugees, who began new lives in England’s Lake District in the summer of 1945.

With compelling testimony from some of the last living Holocaust survivors, the film explores an extraordinary success story that emerged from the darkest of times, all beginning with the arrival of ten Stirling bombers carrying the 300 children from Prague to Carlisle on 14 August 1945. The survivor interviews include extraordinary first-hand accounts of both their wartime experiences, separation from their families and the horrors they experienced, but also their wonder at arriving in Britain and their lives thereafter.

The children hailed from very different backgrounds, including rural Poland, metropolitan Warsaw Czechoslovakia and Berlin. Some had grown up in poverty, others in middle-class comfort. Their rehabilitation in England was organised by one charity, the Central British Fund (CBF). Leonard Montefiore, a prominent Jewish philanthropist, used his pre-war experience of the Kindertransport and successfully lobbied the British government to agree to allow up to 1,000 young Jewish concentration camp survivors into Britain. It was decided that the first 300 children would be brought from the liberated camp of Theresienstadt to Britain. And serendipitously, empty accommodation was found on the shores of Lake Windermere in a defunct factory. During the war, it had built seaplanes, but after D-Day the factory was closed, and the workers’ accommodation stood empty. With space to house them and in a truly beautiful setting, it was to prove the perfect location for these traumatised children.

The CBF, however, was in uncharted territory. A project to mass-rehabilitate a group of traumatised children had never been attempted before. But in the idyllic setting of Windermere and with just the right team assembled, the children were given the chance to unlearn the survival techniques they’d picked up in the camps. With the freedom to ride bikes, play football, learn English, socialise with local teenagers and swim in the lake, they began to come to terms with the horrors they had experienced and the fact that their mothers, fathers and siblings had perished.

Despite the fact that the UK government initially only offered two-year temporary visas, with strict immigration policies enforced in other countries and without families to return to, it soon became clear that there was nowhere else for most of the children to go. Many of the 300 stayed in the UK for their entire lives, becoming British citizens and raising children of their own.

Now, 75 years later, the close friendships that were forged in Windermere remain and many consider each other as family. Reflecting on the survivors’ lives after Windermere, the film includes touching home movie footage and remarkable success stories, like Sir Ben Helfgott’s incredible weightlifting career, representing Britain at the 1956 Olympics, only eleven years after arriving in the UK. The documentary also tells the story of the charity they formed, the 45Aid society. With footage of their annual reunions, the documentary gives a sense of the generations of families who all trace their British beginnings to Windermere.