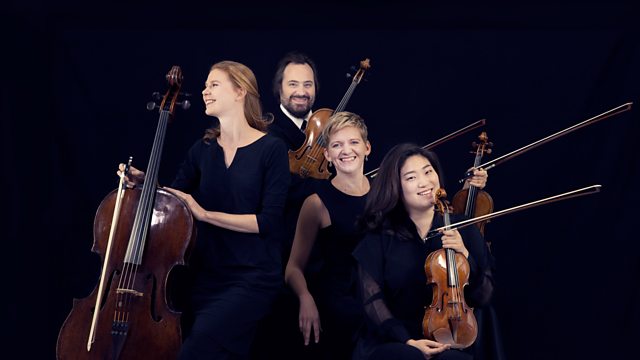 Concerts from Europe, featuring alumni of the BBC NGA Scheme in its 20th anniversary year. Presented by Fiona Talkington.

Fiona Talkington presents concerts from across Europe featuring alumni of the BBC New Generation Artist scheme, which is celebrating its 20th anniversary year this week.

Tonight's programme features one-time members of the BBC NGA scheme who have gone on to international success and now perform all over the world.

In this selection of recordings from the past twelve months, we visit the Belgian Radio 'Klarafest' in Brussels, the Montpellier Festival the Mihail Jora Concert Hall in Bucharest, the Czech Chamber Music Society concerts in the Rudolfinum in Prague, and the Konzerthaus in Berlin - all in the company of some of the outstanding musicians of our time, all of whom have come through the BBC's scheme to support young musicians.

In the days before 'BBC introducing', the New Generation Scheme began offering a helping hand and concert experience to a varied collection of singers, groups and instrumentalists just starting out on their musical careers, and every two years the doors would open to a new intake of potential super stars.

Haydn and Mozart at Bath MozartFest