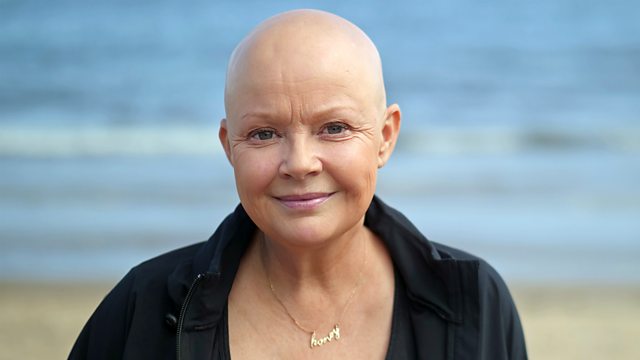 Gail Porter on the highs and lows of her TV career in the 1990s, What it means to dress 'modestly' and the complexities of the female friendship

Gail Porter, once one of the UK’s most sought after female TV presenters, talks about her life in the documentary Being Gail Porter. From developing alopecia to suffering severe mental health problems and ending up homeless.

As the Office for National Statistics releases new employment figures – we look at what sorts of jobs women are losing and what's being done to save them, with the Economist Vicky Pryce and the TUC’s Head of Economics Kate Bell.

As well-known high street fashion brands start selling clothes under the ‘Modest Fashion’ banner we find out what "modest fashion" really means from Reina Lewis from the London College of Fashion and the model Amina Begum Ali.

Would you sacrifice having children to save the planet? Jane takes your calls and examines the issue with Anna Hughes who's chosen to be child free for environmental reasons and Professor Sarah Harper Director of the Oxford Programme on Fertility Education and Environment.

Plus the playwright Miriam Battye and the actor Rebekah Murrell talk about their new play at the Royal Court in London which explores the highs and lows of female friendship.

And Lorna Cooper gives us her tips for feeding a family of four on a budget of just £20 a week.