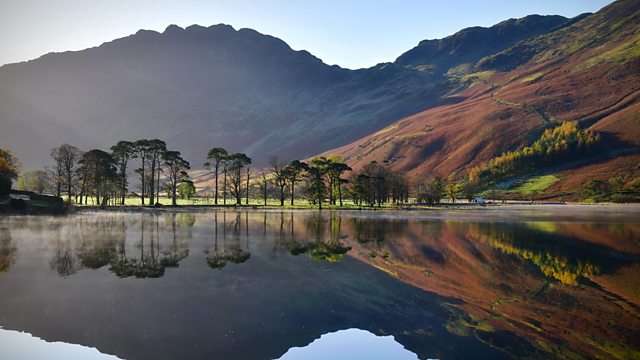 In Wordsworth's Footsteps
Episode 1 of 3

Revealing the true story of the making of the radical poet William Wordsworth, 250 years after his birth, Jonathan Bate visits Cumbria. With Simon Russell Beale

Far more than the famous author of 'Daffodils', William Wordsworth was a creative radical and one of the greatest ever English poets. 250 years after his birth in 1770, Professor Jonathan Bate travels in his footsteps to reveal the true story of the making of the poet.

Jonathan tells not only of Wordsworth's formative childhood but also uncovers a new theory about why Wordsworth's poetry diminished in power as he aged and why he refused to have his great autobiographical epic, The Prelude, published until after his death.

In the English Lakes, he visits Wordsworth's birthplace in Cockermouth and his later homes in Grasmere and Rydal Mount, speaking with leading contemporary poet Alice Oswald, writer and Lakes shepherd James Rebanks, and broadcaster Melvyn Bragg.

Professor Sir Jonathan Bate is a British academic, novelist and broadcaster, and the author of a forthcoming biography of Wordsworth.

2 Bliss Was It In That Dawn

See all episodes from In Wordsworth's Footsteps