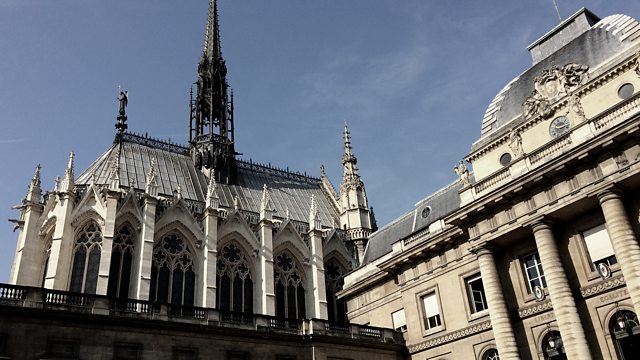 The Last of the Just: Finding Beauty in Barbarity

Naomi Gryn revisits The Last of the Just by André Schwarz-Bart, first published 60 years ago, and examines why this novel about the Holocaust is still so urgent and compelling.

Writer and filmmaker Naomi Gryn revisits The Last of the Just by André Schwarz-Bart, a literary sensation when it was first published 60 years ago. It sold over a million copies and was translated into 20 languages.

Based on the Kabbalistic tradition that in every generation 36 righteous people save the world from destruction, the novel is a magical realist interpretation of Schwarz-Bart’s wartime experiences, and an act of mourning for the senseless slaughter of Europe’s Jews, including his own parents and brothers who were deported to Auschwitz when he was 13 years old.

Naomi travels to Paris to walk in the footsteps of the main character, Ernie Levy, and to meet the author’s widow, Simone, an eminent author in her own right, and their son, Jacques, a jazz saxophonist. His recent album – a tribute to his father’s memory - draws inspiration from both his parents’ past including the Voodoo faith of his mother’s African ancestors and chants from the Jewish liturgical heritage of his father's family.

Together they examine why this haunting, sometimes heart-breaking elegy for the innocence extinguished by the Holocaust is still so urgent and compelling, and why, despite the book’s enormous success, André Schwarz-Bart disappeared from public view.