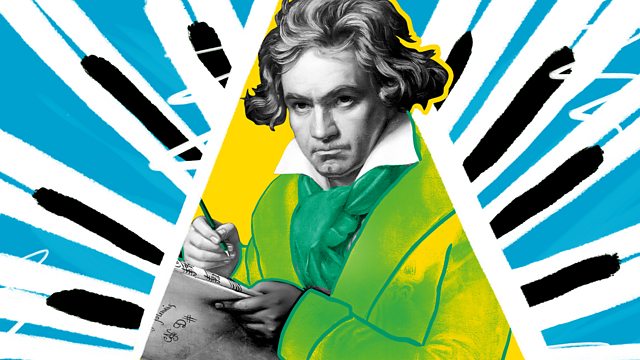 On the 22nd of December 1808, Beethoven held a monumental concert in Vienna that lasted four hours and included the public premieres of both his 5th and 6th symphonies. The concert has been described as the most remarkable of Beethoven's career, and now, as part of Radio 3's year-long Beethoven Unleashed season for the 250th anniversary of his birth, this concert is being recreated by the BBC National Orchestra and Chorus of Wales and the Welsh National Opera Orchestra. In the first part, Carlo Rizzi and the orchestra of WNO and BBC NCW are joined by soprano Alwyn Mellor and pianist Steven Osborne, and after an extended interval Jaime Martín and BBC NOW take to the stage and are joined by pianist Llŷr Williams.

6.00pm INTERVAL - THE LISTENING SERVICE
Getting to Grips with Beethoven
Beethoven: deaf for most of his life, unbearable egotist, flagrant opportunist and musical anarchist whose music reaches the heights of ecstasy. Where do you start with this bundle of contradictions, probably the most admired composer in Western music, whose works have unfailingly filled concert halls for over 200 years? Tom Service goes in search of what makes Beethoven Beethoven and suggests a few key pieces to help unlock the man and his music.
David Papp (producer)

6.30pm INTERVAL - Live from St David's Hall
Hannah French introduces a piano duel in the style of Beethoven between pianists David Rees-Williams and Zoe Rahman, a talk on the relationship between Beethoven and wine by expert Ron Merlino, and insight into the original 1808 concert with Vienna expert David Wyn Jones.

See all recipes from Beethoven Unleashed: The 1808 Concert

Beethoven – the most infamous classical concert ever 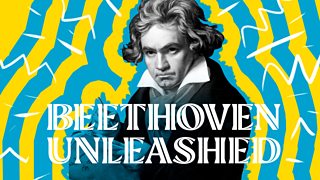