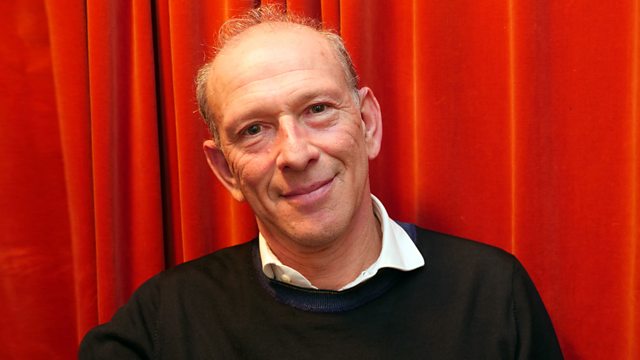 William Sieghart, the founder of the Forward Prizes for poetry and National Poetry Day, talks to Michael Berkeley about the music and poetry he loves.

William Sieghart, the founder of the Forward Prizes for poetry and National Poetry Day, talks to Michael Berkeley about the music and poetry he loves.
Over the last twenty-five years National Poetry Day has become a popular fixture in the cultural calendar, and it was William’s idea to have permanent poems engraved at the Olympic Park in East London.

He’s also the creator of the hugely successful Poetry Pharmacy. At festivals and events, William sits in a tent and people bring him their dilemmas, problems and sadnesses - and he ‘prescribes’ them a poem to console, comfort or encourage. The Poetry Pharmacy has spread to Radio 4, television and hugely successful poetry anthologies, described by Stephen Fry as ‘a matchless compound of hug, tonic and kiss’.

William chooses music by Schubert and by Mendelssohn that reminds him of his father, who fled Vienna just before the Second World War, and he talks movingly about the effect of his father’s immigrant experience on his own life.

He describes how poetry and, later, music, helped him through his distress at being sent to boarding school at the age of eight and chooses recordings of music by Bach and by Debussy that have remained vital to him ever since.

And in the spirit of the Poetry Pharmacy, he reveals the poetry and music he turns to for comfort in a crisis.