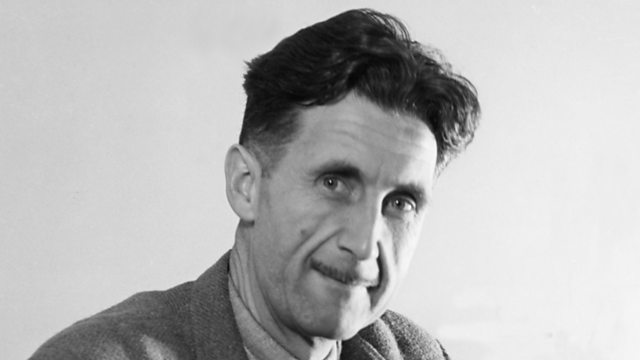 Orwell in Five Words
Episode 1 of 5

70 years on from George Orwell's death, documentary-maker Phil Tinline takes five words that resonate through his work and tests out what light they can shed on our problems today.

In the last few years, George Orwell’s writing and thinking have come to seem ever more timely. But they are also much misrepresented. As BBC Radio 4 marks the 70th anniversary of his early death, BBC documentary-maker Phil Tinline takes five words that resonate through Orwell’s work, and tests out what light they can shed on our problems today.

In the late 1930s, Orwell worried that bourgeois democracy was just fascism’s more civilised twin. But within a couple of years, his position had swung round to champion democracy as the radical enemy of totalitarianism.

Today, many worry that democracy is in its greatest crisis since the 1930s. Phil asks a leading historian of totalitarianism, Timothy Snyder, if Orwell’s dramatic switch can help us work out how to tackle it.

See all episodes from Orwell in Five Words