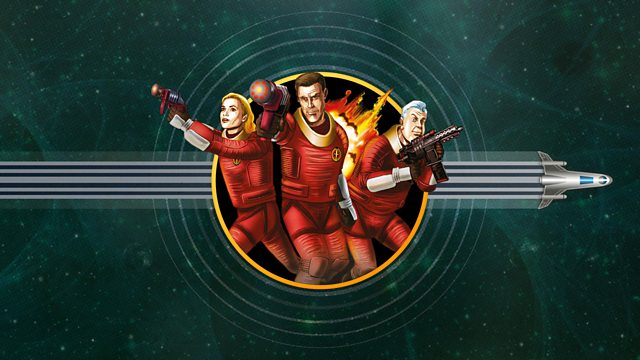 Colonel Dare isn’t fooled by the relative calm in space. Bizarre events prove him right. The Mekon is back. Stars Ed Stoppard.

Dan Dare, Digby and Peabody have overcome The Mekon’s ruthless robots and staved-off an attack by a rogue human scientist – Blasco - in cahoots with the fearsome Vora. Now, even though there has been no sign of the evil Mekon anywhere in the solar system for some time, Dare is wary.

All seems well until unexplained spaceship disappearances near Venus, an Astral Academy student accidently launching a prototype spacecraft and a purpose designed floating prison all indicate that The Mekon has embarked on his latest scheme to defeat his nemesis.

Continuing adventures based on the Eagle comic strip 'Dan Dare' created in 1950 by the Reverend Marcus Morris and Frank Hampson.

Dramatised by Colin Brake from an original story by Frank Hampson.

Made by B7 Media