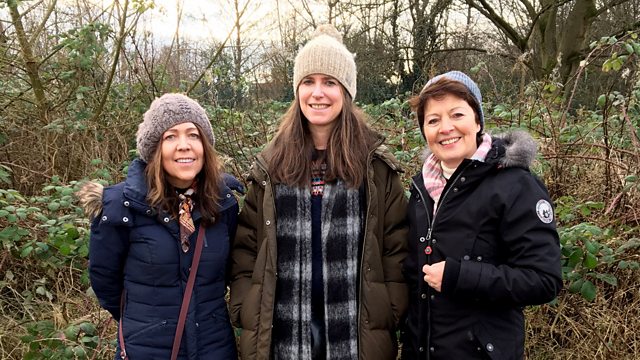 Helen Mark visits Ryebank Fields in Chorlton in Manchester to ask some of the people who are trying to save this small patch of land from development why it's so important.

Ryebank Fields is a small patch of land in Chorlton in the south of Manchester. Spanning around eleven acres this overgrown piece of grassland has become a favourite spot for the community's families to wander, explore and play. But this much-loved spot is now under threat. The owners, Manchester Metropolitan University, want to sell the land for development into housing and invest the money back into their existing inner-city site.

Campaigner Julie Ryan tells her she used to play there as a child before taking her own children there. She says it's her go-to place when she's stressed out, and together with campaigner Tara Parry they take Helen Mark on a tour. Tara describes Ryebank as the "green lungs" of Manchester and talks about why the land could have a future as a community garden and orchard. Steve Silver and Helen walk around the oak trees that he planted at the turn of the Millennium and says that he'd love it to be renamed "Silver's Wood" in the future. All three herald Ryebank as a habitat for wildlife and plantlife. Archaeologist Dr. Michael Nevell shows Helen the historic Nico Ditch and separates fact from folklore about its status and significance. Dr. Rebecca Taylor tells Helen about her work looking into the benefits of semi-wild green spaces in cities and how planners could consider the non-monetary value of these spaces in the future. Helen also speaks to Michael Taylor from Manchester Metropolitan University who argues that the money from the sale of Ryebank can be invested back into the University's inner-city campus and cites the sustainable measures that will be put in place as part of any development.

The Chilterns - a new National Landscape?