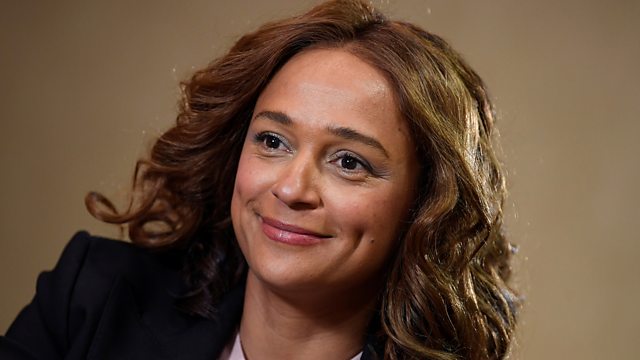 Africa's richest woman says the allegations of corruption she is facing are "all lies". She claims to have worked hard for her money and says she is "not what you would expect".

Isabel dos Santos is the billionaire daughter of the former president of Angola and Africa’s richest woman. She claims to be a self-made businesswoman. But more than 700,000 documents, recently leaked from her business empire, suggest otherwise. The emails, charts, contracts, audits, and accounts in the so-called Luanda Leaks have put her under intense scrutiny by her bank and the Angolan government. But in an interview with Andrew Harding she batted aside allegations of corruption and nepotism.

Escalating violence in Libya has encouraged a growing number of its citizens to flee and risk their lives crossing the Mediterranean Sea. Sally Hayden has been on board a rescue boat off the Libyan coast.

The 18 year Afghan conflict has killed tens of thousands of Afghans, more than 2,400 American troops and cost the US around $900 billion. President Donald Trump has often said he wants to remove the estimated 13,000 U.S. troops remaining in Afghanistan. That would leave more of the fight against the Taliban to the Afghan security forces. But in Helmand Province Nanna Muus Steffensen found that Afghan soldiers and police are already suffering devastating casualties.

The French interior minister has warned that anti-Semitism is spreading “like a poison or a bile” throughout France. Just fifteen years ago the French Riviera city of Nice was home to over 20,000 Jews but that number has now dwindled to 3,000. During WW2, the city witnessed one of the most vicious roundups of Jews in Western Europe. Next Thursday the local authorities will unveil a memorial wall of Holocaust victims. One of the engraved names will be that of Edith Mueller whose teenage daughter Huguette had a narrow escape as Rosie Whitehouse discovered.

Japanese Justice and the Fugitive CEO

Salvini and The Sardines