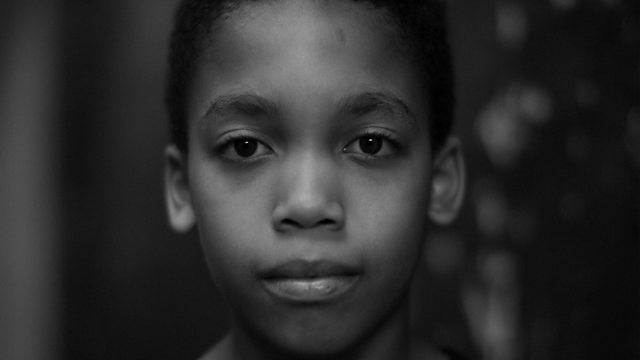 Oliver: Lagos to London
Episode 1 of 3

Charles Dickens’ most political novel, the iconic Oliver Twist, is updated for today as a young Nigerian orphan begins an epic search for family and home.

Charles Dickens’ novel Oliver Twist is a powerful indictment of child poverty and exploitation, as relevant now as when it was written. A young orphan’s epic search for family and home lies at the heart of award-winning writer Ayeesha Menon’s radical updating of Dickens’ story to modern-day Nigeria and the refugee journey to Britain.

Directed by acclaimed theatre director Michael Buffong, this classic story is reimagined as a powerful and moving drama for today.

Episode 1:
Ogoniland, rural Nigeria. Ten-year-old Oli plays with best friend Mene. Innocent games against a background of fear because, the next day, the oil company are coming to take their land. When the villagers fight back, many of them are killed - leaving Oli and Mene as orphans who only have each other.

They have to find work to survive at a mining camp run by ruthless Tinube. Ambitious documentary-maker Jann persuades Oli to take him down the mine to film, but Tinube is furious and locks Oli away. When Oli is released, he discovers Mene has been sold and taken away, and he is left truly alone.

Oli’s journey to find his best friend leads him to Lagos where a chance meeting with streetwise Dodger and his gang sparks a series of events that none of them can outrun.

A CONNECTfilm production for BBC Radio 4

See all episodes from Oliver: Lagos to London