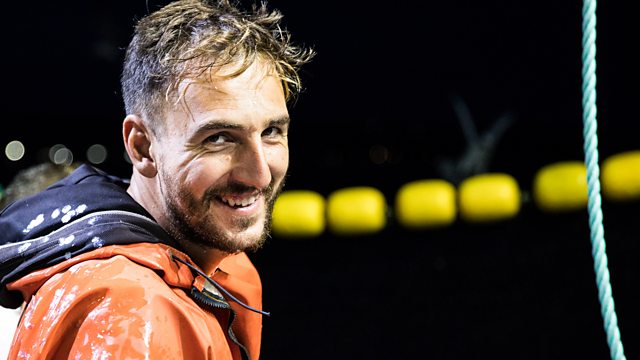 It is summer, the sardine run is on and the ring-netters of Newlyn are on the hunt. Rebranded as Cornish Sardines, the pilchard fishery has grown into a multi-million-pound industry.

For centuries, pilchards were a staple of the Cornish fishing industry. They would be caught using drift nets by the tens of thousands, then packed in salt and sent to Italy. But demand waned and the drift net fishery, once the mainstay of the Cornish fleet, faded away in the 1960s.

In recent years though, the humble pilchard has been rebranded as the Cornish sardine, and the hundreds of drift netters have been replaced by just 15 hi-tech ring-netters - the sardine is once more a highly-prized and lucrative catch.

Sardine fishing is unlike anything else. In the summer months, the sardines migrate into Cornish waters. Instead of setting static nets or trawling, the sardine boats use a special technique called purse-seining. They encircle entire shoals as they are moving and scoop them out. The crews fish through the night, quietly hunting their prey under the cover of darkness.

Eight boats work out of Newlyn, Cornwall’s biggest fishing port. Ocean Fish are the biggest player in the game – they are both fish processors and owners of four orange boats. Veteran Pete Buckland is skipper aboard one of their biggest, the Mayflower. Pete has done ten sardine seasons, five as skipper, but all that experience doesn’t make the sardines easy to find.

It is going to be a big year for first-time skipper James Roberts. He is stepping up from deckhand to take the helm of Ocean Fish’s oldest and smallest boat, The Resolute. Now he is responsible not only for the boat, but also the livelihoods of his crew. With a young family and a big mortgage to pay, it is going to be a challenging season for James.

Competition comes from four privately-owned boats, including the Lyonesse. Skippered by Will Treneer, it has the youngest crew in the fleet.

David Pascoe is at the helm of the Serene Dawn. As one of Newlyn’s ring-netting pioneers, David has witnessed the rapid growth of the fishery. Concerned that it has grown too big, he no longer shares the enthusiasm of his younger rivals.

Cornish sardines have been a major success story. Since its resurgence in the early 2000s, the fishery has grown into a multi-million-pound industry. The fishery holds the prized Marine Stewardship Council Badge, or MSC badge, for sustainability. Stock levels were recognised to be so healthy that sardines have never been a quota species. The skippers have always been able to land as many fish as they can catch.

But now, for the first time the sardine fishery has to urgently manage its catch. Scientists have recently discovered that sardines caught in Cornwall are a separate genetic stock from sardines caught further South. The prized MSC label is based on the understanding that the sardines were all one stock. So whilst new studies are carried out, the MSC has asked the fishery to put a cap on how much they catch. The sardine fishermen, usually competitors have been forced to work together. Difficult nights may be coming for Cornwall’s sardine fleet. 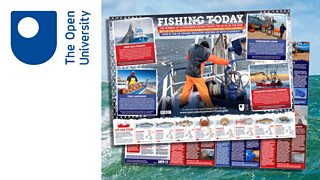 Explore more about the fishing industry and the challenges fishermen face with the OU.