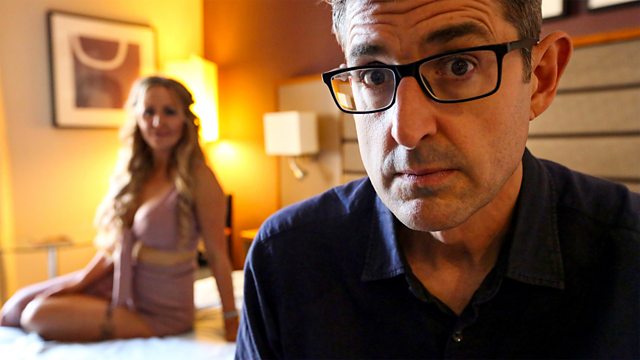 Louis Theroux meets the women legally participating in the new sexual economy, exploring whether selling sex can ever be a healthy way to make money.

The exchange of sex for money is legal in Britain, so long as it doesn’t involve coercion, exploitation, or any kind of public nuisance. Now, fuelled by websites and social media, a new economy has emerged – bringing a world of transactional sex to people who might never have previously considered it.

Bafta Award-winning film-maker Louis Theroux returns to the UK to meet women legally providing sexual services, either to make a living or to supplement their income, potentially earning hundreds of pounds per hour. But rather than on the streets or in illegal brothels, these women sell sex from their own homes or hotels, utilising technology to share photos, make bookings and vet potential clients - making the exchange more accessible and, according to some, safer than the illegal alternatives.

The age-old issue of whether sex should ever be traded remains, with many believing it to be exploitative and damaging, driven by a society still shaped by the desires of men. Yet there are those who feel that selling sex can be a valid, empowering choice for those who choose to engage in it.

As Louis meets the women and men participating in the new sexual economy, he explores whether selling sex can ever be a healthy way to make money.