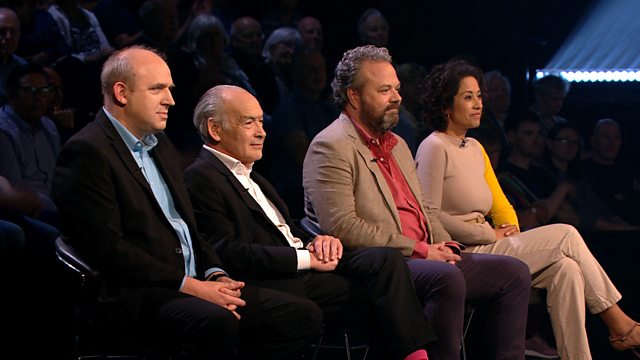 Four previous Celebrity Mastermind winners brave the infamous black chair and donate to charity in a special Champion of Champions episode of the classic quiz, presented by John Humphreys.

See all episodes from Celebrity Mastermind