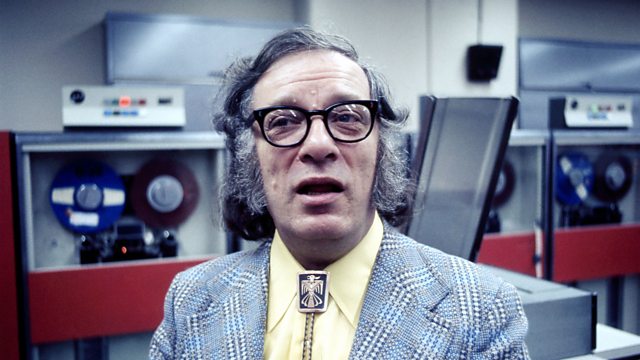 100 years after Isaac Asimov's birth, Matthew Sweet and guests discuss the idea that big data in human affairs can be reduced to a set of predictive scientific laws.

100 years on from Isaac Asimov's birth, Matthew Sweet looks at one of the bigger ideas contained in some of his 500 books; Psychohistory.

The idea inspired many to think that social sciences and economics can really be reduced to some sort of idealized set of physics principles, making future events completely predictable. It and similar ideas are still breeding enthusiasm for such things as data science, AI, machine learning, and arguably even the recent job advert by Downing Street advisor Dominic Cummings for more "Super-Talented Wierdos" to work for government. But how do we see what is real and what is not, what is Sci-Fi and what is hype, what is reasonable and what is desirable, in the gaps between innovation and inspiration, restraint and responsibility?

Jack Stilgoe of University College London has a new book out "Who's Driving Innovation?". Science and Tech journalist Gemma Milne's forthcoming book is called "Smoke and Mirrors: How hype obscures the future and How to see past it". Una McCormack is an expert and teacher in science fiction writing and is author of numerous fiction and fan fiction novels herself, while Alexander Boxer is a data scientist who's new book "Scheme of Heaven" makes the case that we have much to learn about human efforts to deduce the future from observable events by looking at the history of Astrology, its aims and techniques.

You can find more about robots in the Free Thinking the Future playlist of programmes or by looking for the episode called Robots, Makt Myrkranna
https://www.bbc.co.uk/programmes/b08chbpc

Matthew's conversation with the late Tony Garnett is in the Free Thinking archive here: https://www.bbc.co.uk/programmes/b07h6r8l