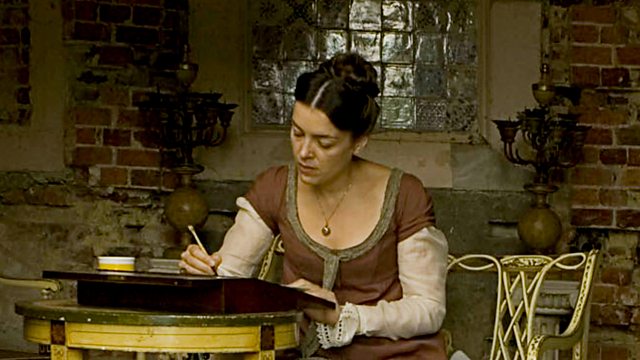 Why we read and the idea of the 'woman writer'

Do men and women use the same language when talking about books they have read? With Helen Taylor, Lennie Goodings, Emma Butcher and Joanne Paul.

Do men and women use the same language when talking about novels they have enjoyed? How have attitudes in publishing changed towards both readers and writers if figures show that women buy 80% of all novels? Lennie Goodings is Chair of the Virago publishing house and has now written a memoir. She joins New Generation Thinkers Emma Butcher and Joanne Paul; and Helen Taylor, author of Why Women Read Fiction. Naomi Paxton hosts the conversation about writing and reading.

Why Women Read Fiction: The Stories of Our Lives by Helen Taylor is out now and is being serialised as the Book of the Week on BBC Radio 4. https://www.bbc.co.uk/programmes/b006qftk
Lennie Goodings' has written A Bite of the Apple, A Life with Books, Writers and Virago. It is out from OUP in February 2020.

Anne Bronte was born on 17 January 1820. Her second novel The Tenant of Wildfell Hall was published under the pen name of Acton Bell but following Anne's death in 1849 her sister Charlotte prevented republication saying "it hardly appears to me desirable to preserve. The choice of subject in that work is a mistake, it was too little consonant with the character, tastes and ideas of the gentle, retiring inexperienced writer." Emma Butcher from the University of Leicester researches the Brontes.

Anne Dowriche (before 1560– after 1613) published Verses Written by a Gentlewoman, upon the Jailor's Conversion and a 2,400-line poem The French Historie. From a prominent Cornish family, she was a fervent Protestant. Joanne Paul from the University of Sussex is working on Anne Dowriche.

New Generation Thinkers is a scheme run by the BBC and the Arts and Humanities Research Council to put research on the radio. You can find more New Research on the Free Thinking programme playlist https://www.bbc.co.uk/programmes/p03zws90