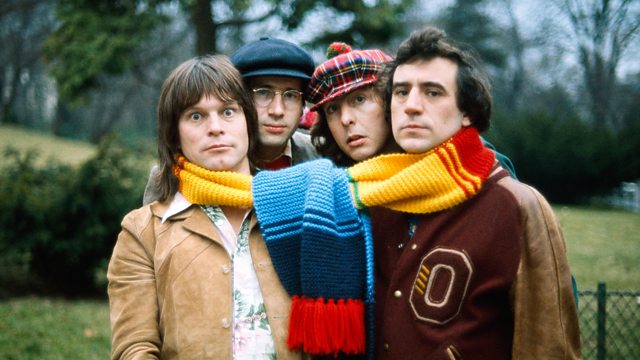 Tony Law looks at Surrealism in Comedy with Michael Bentine's memories of The Goons, Monty Python sketches and a couple of Kens.

Absurdist Canadian comedian, Tony Law, takes us on a journey through the twists and turns of Surrealism in comedy.

He is accompanied by Noel Fielding and Robert Popper

Michael Palin and Eric Idle interviewed by Michael Whale in 1973.

Made for and first broadcast on BBC Radio 4 Extra in 2014.