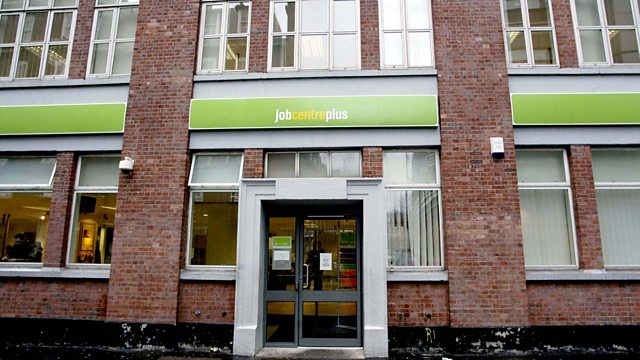 The economist Daniel Susskind tells Tom Sutcliffe that the threat of technological unemployment is real and imminent. In A World Without Work he considers the economic, political and social impact. He questions what happens to those for whom work affords meaning, purpose and direction.

Journalist Anoosh Chakelian went behind the scenes at new magazines set up to rival the Big Issue, as she explored Britain's homelessness crisis. Like the Big Issue, these new journals enable rough sleepers to earn money rather than beg, and creates respectable employment opportunities. But Chakelian worries about a country with so many homeless people that it can create an industry around them.

The psychologist Suzi Gage looks at the science behind recreational drugs – debunking common myths and misconceptions. She also looks at how and why they work on the mind and body, and the associations between drug use and mental health.

A quarter of adults in England are taking potentially addictive prescription medicines, with half of them in long-term dependency, according to Public Health England. The epidemiologist Sir John Strang says there is greater dependency in areas of greatest deprivation. He also calls for greater action in stemming the rise in opioid-related deaths.

A house and a home

Daniel Susskind is a Fellow in Economics at Balliol College, Oxford and co-author of the best-selling book The Future of the Professions.

A World Without Work: Technology, Automation and How We Should Respond is published by Allen Lane.

Anoosh Chakelian is Britain Editor at the New Statesman.

Professor Sir John Strang is a leading clinical academic and Head of the Addictions Department at King's College London.

Dr Suzi Gage is a psychologist and epidemiologist at the University of Liverpool.

Say Why to Drugs is published by Hodder and Stoughton.