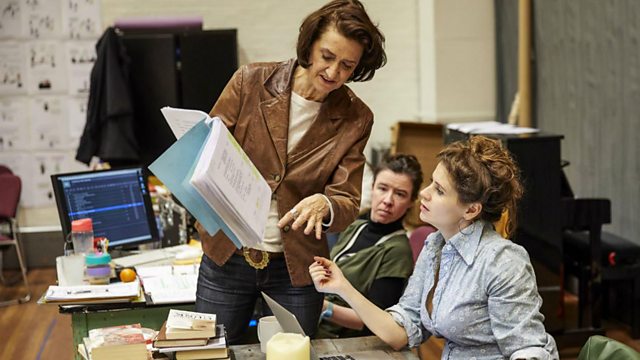 Playwright Lucy Kirkwood discusses her return to the National Theatre following the critically-acclaimed Mosquitoes in 2017 with her new play The Welkin, which stars Maxine Peake and Ria Zmitrowicz. It’s the story of a woman sentenced to hang for murder in 1759 but whose claims of pregnancy could save her life. A Jury of Matrons is assembled - 12 women who will decide the condemned woman’s fate.

Terrence Malick's latest film A Hidden Life is a historical drama based on a true story which depicts the life of Franz Jägerstätter, an Austrian peasant farmer and devout Catholic, and the consequences he faced after refusing to pledge allegiance to the Nazis in World War II. Isabel Stevens reviews.

Folk singer Sam Lee has teamed up with electric guitarist and producer Bernard Butler on his new album Old Wow, which celebrates the joy of the natural world but also expresses fear about how the climate emergency is changing our relationship with the planet. Sam and Bernard discuss the album and Sam performs the most recent single, The Moon Shines Bright.

A Hidden Life is in cinemas,
cert 12