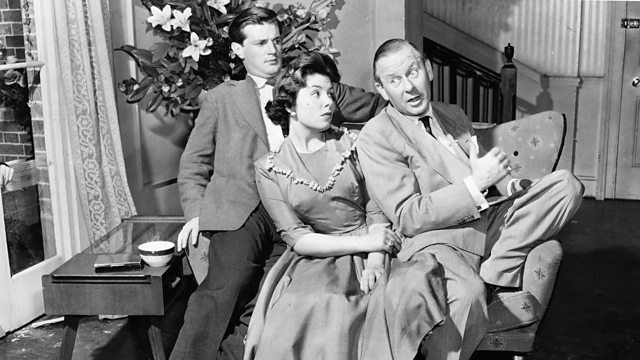 Life With The Lyons

Barbara’s got a taste for the theatre and ropes friends and family into A Midsummer Night’s Dream.

Life With the Lyons was one the BBC's most popular radio sitcoms between 1950 and 1961. It was also adapted for BBC TV.

The BBC Variety Orchestra is conducted by Paul Fenoulhet, with incidental music by Arthur Wilkinson.

First broadcast on the BBC Light programme in June 1953.

You Can’t Get Blood Out Of A Stone

See all episodes from Life With The Lyons