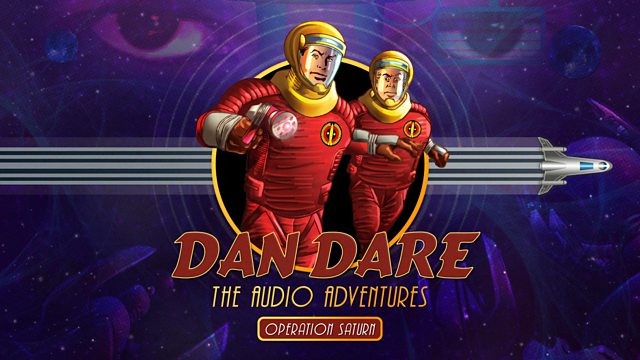 Dan Dare realises where the new embittered threat to Earth is coming from. Stars Ed Stoppard and Geoff McGivern .

It’s a year since Dan Dare, Lieutenant Digby and Professor Jocelyn Peabody helped rid the Earth of The Mekon’s army of ruthless robots, although the evil alien is still at large.

When The Nautilus, an experimental ship that disappeared a decade previously, suddenly reappears in orbit around the Moon, they are sent to investigate. The clues point to Saturn being involved in some way, but the new threat to Earth comes from far closer to home.

Based on the Eagle comic strip 'Dan Dare' created in 1950 by the Reverend Marcus Morris and Frank Hampson.

Dramatised by Patrick Chapman from an original story by Frank Hampson.

Made by B7 Media