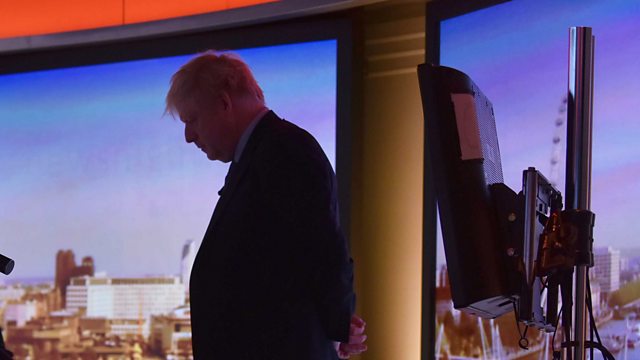 The political interview is facing questions on many fronts. Andrew Marr and guests discuss how the format should rise to the challenges it faces.

The political interview is facing questions on many fronts. As is the case with every general election, journalists and broadcasters have come under intense scrutiny for the way they probe and challenge elected politicians. But something felt different for the December 2019 election. Prominent politicians refused to appear on certain programmes or face traditional one-to-one encounters that were the hallmark of previous elections. Many prefer to take to social media to deliver their key messages and soundbites rather than sit in a studio for an extended period. Politicians and interviewers sometimes seem increasingly unhappy with set-piece exchanges.

Have broadcasters changed their approach? Do interviewers believe a more combative approach is more effective or has that strayed into unpleasant exchanges that put off audiences? In this programme Andrew Marr explores recent examples and discusses how the format should rise to the challenges it now faces, with the former chancellor George Osborne, Newsnight's editor Esme Wren, Sky News political editor Beth Rigby, the former Labour adviser James Mills, and the playwright James Graham.

Virtues of Vulnerability with Ed Balls