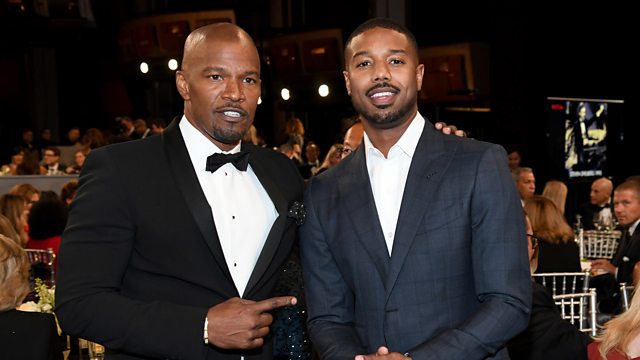 Michael B Jordan and Jamie Foxx on their new film Just Mercy, the story of one of America’s great miscarriages of justice. Michael plays lawyer Bryan Stevenson, who takes up the case of Walter McMillian, a man placed on death row for the 1986 murder of a woman in Alabama, even though there was no credible evidence linking him to the crime.

As a register for actors’ profiles, Spotlight describes itself as the 'home of stage and screen casting', but is it a home that is equally welcoming to all potential members in the acting industry? In the light of recent public criticism about its inclusivity for older actors, Helen Raw - who runs the British Actors Network - discusses Spotlight’s joining criteria and the changes she would like the organisation to make.

The shortlist for the 2019 T.S. Eliot Prize was announced last night and - at a time when the The Baftas and the Oscars are being criticised for being too white and too male - the poetry world has proved itself to be far more progressive than the cinema. The list comprised 4 women, one trans non binary and five men. The poet taking away the £25,000 cheque this year is Roger Robinson, who won for his collection A Portable Paradise. He talks to Samira Ahmed about his work that moves from black history to Grenfell, the Windrush and the NHS, along with poems about his family and personal life.

The poet Roddy Lumsden died last Friday. As well as his own work he was respected as organiser, teacher and mentor whose influence on recent poetry in Britain is profound. The writer Katy Evans-Bush, who knew him for 20 years, pays tribute.

Michael B. Jordan and Jamie Foxx

Main image above: Jamie Foxx (Left) with Michael B. Jordan

Image to the left: Michael B. Jordan (Left), Samira Ahmed and Jamie Foxx.

Roger Robinson's book A Portable Paradise is out now in paperback and as an eBook.