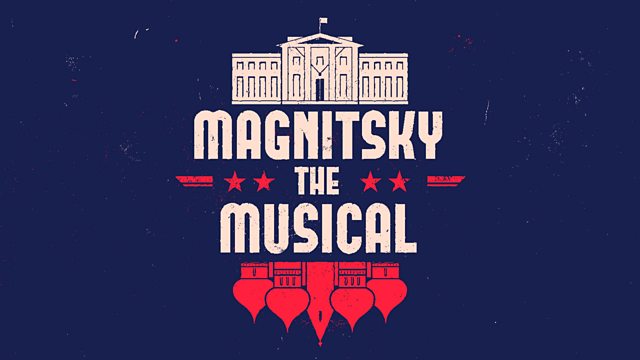 Blending music and satire, Johnny Flynn and Robert Hudson explore the origins and aftershocks of the Magnitsky Act, an international law that sanctions offenders of human rights.

Johnny Flynn and Robert Hudson bring us a musical based on the incredible story of an American venture capitalist, a Russian tax advisor, a crazy heist, the Trump Tower meeting and the very rule of law.

Blending music and satire, the story explores the truths and fictions surrounding the origins and aftershocks of the Magnitsky Act; global legislation which allows governments to sanction those who they see as offenders of human rights.

It tells the story of a tax adviser’s struggle to uncover a huge tax fraud, his imprisonment by the very authorities he is investigating, and the American financier’s crusade for justice.

Johnny Flynn, Paul Chahidi and members of the cast perform songs in an epic story that explores democracy, corruption, and how we undervalue the law at our peril.

The cellist is Joe Zeitlin.

Sound is by Peter Ringrose.