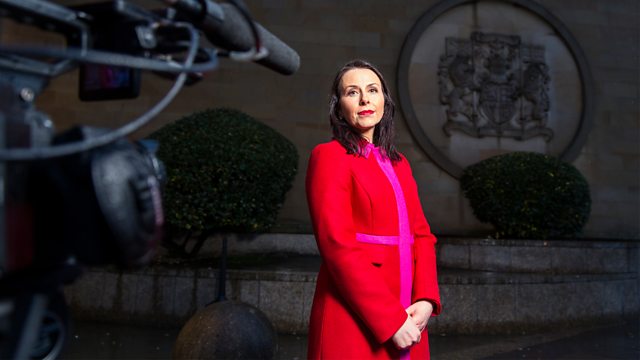 Murder Trial: The Disappearance of Margaret Fleming Series 1
Episode 1 of 2

Two-part documentary about the investigation and trial of two carers accused of murdering 35-year-old Margaret Fleming and claiming benefits in her name for 16 years.

A mystery disappearance, a suspected secret guarded for 16 years, a murder trial in search of answers - two-part documentary Murder Trial: The Disappearance of Margaret Fleming has unprecedented access to the investigation and subsequent trial of co-accused Edward Cairney and Avril Jones.

Filmed by Bafta Scotland award-winning director Matt Pinder, this groundbreaking documentary takes the audience into the very centre of the trial at Glasgow’s High Court and beyond as carers Cairney and Jones face trial for the murder of 35-year-old Margaret Fleming.

Offering a compelling insight into the work of the police and prosecutors in bringing the two suspects to trial, the documentary also shines a light on the work of the defence teams representing the two accused of Margaret’s murder.

In 2016, an application for a Personal Independence Payment raised suspicions. When authorities couldn’t contact the applicant, the police were called, and it was discovered that a 35-year-old woman had seemingly vanished from a village on the west coast of Scotland. Margaret Fleming was a vulnerable adult understood by authorities to be in the full-time care of Cairney and Jones, living in a remote coastal property in the village of Inverkip. But when police started questioning Margaret’s friends and family, they were told no-one had seen her since 1999. In the 2019 murder trial that unfolds, Cairney and Jones stand accused of killing her, disposing of her body and claiming benefits in her name for 16 years.

With remarkable in-court access to an unfolding trial that gripped Scotland, Murder Trial: The Disappearance of Margaret Fleming tells the story of a prosecution without a body and a community without answers.
Filmed both inside and outside of the courtroom, this case takes viewers deep into the inner workings of Scotland’s justice system as a small community is coming to terms with the prospect of a potentially brutal and calculated crime occurring unnoticed in its midst.

See all episodes from Murder Trial: The Disappearance of Margaret Fleming