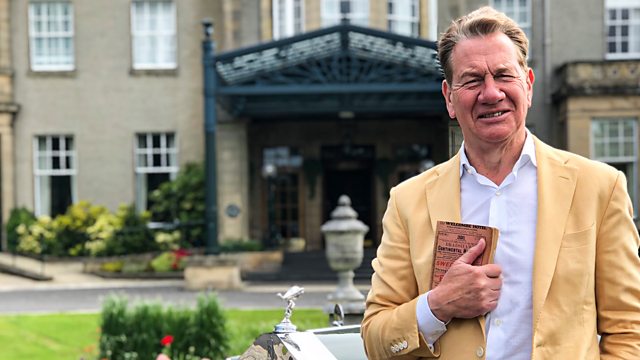 Michael Portillo's railway journey through 1930s Britain from Newcastle to Loch Ness reaches Falkirk in Scotland. Here he discovers the Westerglen Transmitting Station, from where they continue to broadcast analogue radio signal to the Scottish borders.

Following the route of the old Caledonian Railway Company, Michael discovers the 'Riviera of the Highlands'. With a daily direct train service to Kings Cross, Gleneagles remains a top destination and is also HQ for the British School of Falconry. Hamish the Harris hawk is ready to fly.

Berry Town, aka Blairgowrie, is Michael's next stop. At the home of the Scottish raspberry industry, which once sent fruit to London daily on board a raspberry special service from Cooper Angus station, Michael learns how to pick this most delicate of berries.

Last stop on this leg is the city of Dundee, home of the three Js: jute, jam and journalism. And waiting for Michael at publisher DC Thomson is a black and red striped comic hero beloved of 1930s children.