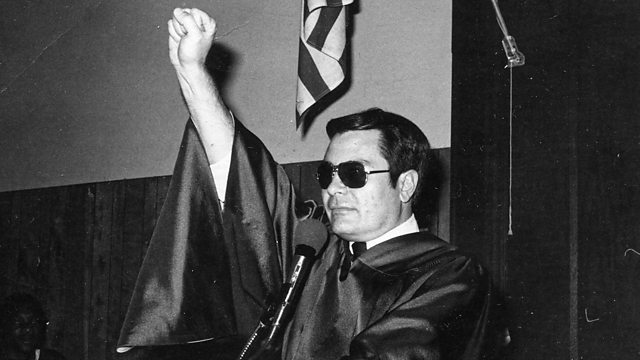 Storyville Jonestown: Terror in the Jungle
Episode 1 of 2

A Storyville documentary. Why did Jim Jones, a charismatic American preacher and leader of the People's Temple, compel his members in 1978 to perform 'revolutionary suicide' in northern Guyana?

On 18 November 1978, over 900 men, women and children lost their lives at Jonestown, a remote settlement established by the People's Temple in northern Guyana. They were led to their deaths by cult leader Jim Jones, a charismatic preacher who turned into an egomaniacal demagogue. Jones had insisted his followers perform 'revolutionary suicide' by drinking poison - either voluntarily or by force.

Using unreleased recordings, photographs taken by members of the People’s Temple, previously classified FBI documents and new testimony from survivors and Jones's own family members, Jonestown: Terror in the Jungle investigates how and why this tragedy happened.

Jim Jones grew up and established the People's Temple in rural Indiana. As his racially integrated church and practices came under scrutiny, he moved his congregation to California, where its growing popularity brought Jones political power, but also a drug habit coupled with a paranoid need to control his followers. It was there that the abuse and misconduct at the heart of the People's Temple attracted the attention of the press, ruining Jones’s public image.

Fearing further repercussions, he moved his loyal followers to a remote jungle settlement in Guyana, claiming they would create a utopia there.

Episode 2—Jonestown: Terror in the Jungle