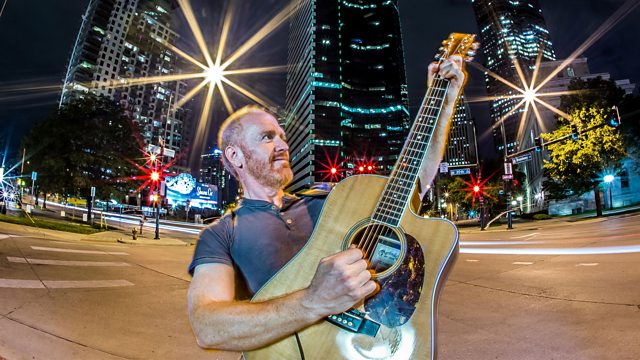 Released in 1982, this soft-rock anthem has become an unlikely viral smash-hit.

Released in 1982, this soft-rock anthem has become an unlikely viral smash-hit.

Africa by Toto is a song that has changed lives, helped to raise thousands of pounds for charity and provided an unexpected musical corner-stone in a critically acclaimed play. Telling their personal stories in Soul Music:

Ralf Schmidt is the Artistic Director of Ndlovu Youth Choir which is made up of young people from the poorest parts of South Africa. Incredibly, the choir made it to the final of America's Got Talent, one of the biggest entertainment shows in the world. Ralf's exuberant, irresistible and uniquely African arrangement of Toto's Africa was their stand-out performance. (Brief extract of AGT (c) Fremantle USA and Syco Entertainment)

Michael Savage (aka DJ Michael Vinyl) of Prime Cuts record shop in Bristol, staged what could be considered a night of torture when he played Africa non-stop for twelve hours at a club. As Mike and Olivia Perry recall, this was to raise money for the Bristol based charity, Temwa, which operates in Malawi. They expected a handful of people to turn up, but the event had worldwide attention and was a huge success.

Mike Massé's life was completely changed following his release on YouTube of what many consider to be one of the best Africa cover-versions ever recorded. The main photo is of Mike Massé (photo credit: Jim Mimna).

David Greig is the Artistic Director of the Lyceum Theatre in Edinburgh; an esteemed playwright with intellectual clout. So, why did he include Africa in one of his plays? Well, he nearly didn't, but then he saw the light.

And, Abigail Gardner, a reader in music at the University of Gloucestershire, explains why Africa - originally a US No. 1 for just a week in 1982 - has recently undergone a strange modern rebirth, making it one of the most streamed songs on the internet.

Please scroll down to the 'Related Links' box to find out more about the interviewees.

DJ Michael Savage, Olivia Perry of Temwa and others from the 24hr Toto marathon