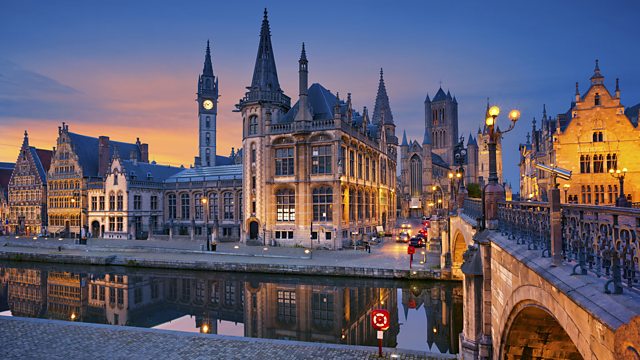 Bruckner's Mass No 2 in E minor, with Collegium Vocale Gent, and his Symphony No 2 in C minor, recorded in the magnificent setting of St Bavo's Cathedral Ghent.

In the fourth of this week's highlights from around Europe, the Collegium Vocale Gent and the period instrument Orchestre des Champs-Elysées are conducted by their founder Philippe Herreweghe. This all-Bruckner programme recorded at the Ghent Festival in September in the magnificent setting of St Bavo's Cathedral pairs the devotional, heartfelt and masterly Mass in E minor with the rarely heard Symphony No. 2 which set the template for Bruckner's later symphonies.

Bruckner: Mass No. 2 in E minor

Robert Laidlow and the Southampton Concert Wind Band
Making Music's Adopt a Composer scheme, in association with Sound and Music, paired composer and wind band to create a piece of music. The Southampton Concert Wind Band's Director of Music Calum Gray and principal clarinet Jackie Swann, along with composer Robert Laidlow discuss the creation and performance of the new piece Jumpcut/longshot.