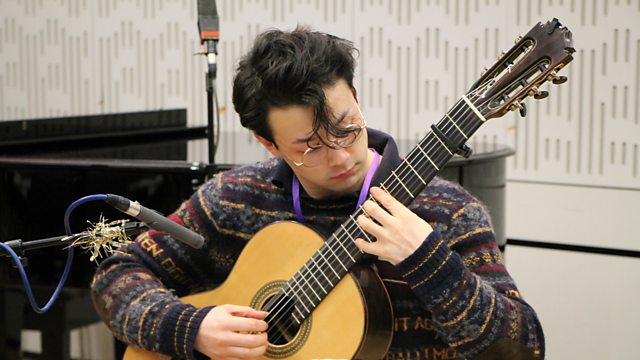 Sean Rafferty is joined by members of The Marian Consort and Monteverdi String Band, guitarist Sean Shibe, and piano and story-telling duo Olga and Matthew.

Sean Rafferty is joined by members of The Marian Consort and Monteverdi String Band ahead of their concert exploring the life of Galileo at this year's Baroque at the Edge festival. The guitarist Sean Shibe also joins Sean to play live in the studio, and pianist Olga Jegunova with storyteller Matthew Crampton introduce their collaboration, which blends traditional tales with improvisations around classical themes.

Including New Year New Music: one of Radio 3's presenters introduces a new piece of music that they love.