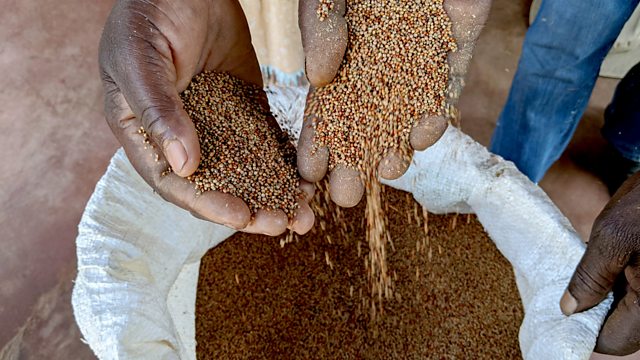 Every day people dig into sadza, a maize based meal, but there’s a problem. Zimbabwe’s getting much drier and maize can’t cope. Crop failures have partly contributed to food shortages this year leading to more than 7 million people needing food aid. The economic crisis has made the situation more serious and things will only get worse as the climate heats up. How can Zimbabwe feed itself? It turns out grains like millet and sorghum could hold the key. Unlike maize, these small grains are indigenous to the region. For In Business, Charlotte Ashton meets the remarkable business people fighting to put them back on Zimbabwean plates. From convincing smallholder farmers that traditional crops are the way forward, to advertising the health benefits of small grains to busy parents, this is a campaign for hearts and minds as much as full bellies.

Is the UK up for sale?