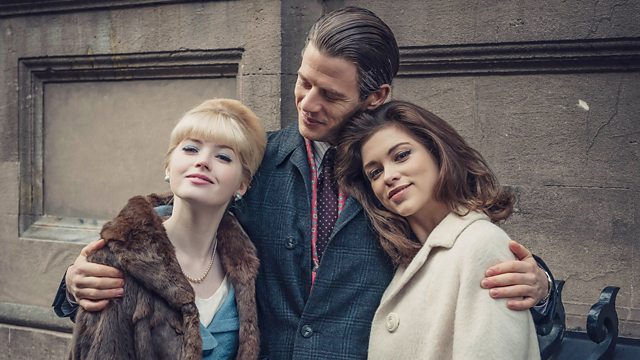 The Trial of Christine Keeler Series 1
Episode 2 of 6

The shooting at Wimpole Mews leads to press attention, and Christine decides to sell her story. A chill wind begins to blow for War Minister John Profumo.

London, New Year 1963. The shooting at Wimpole Mews has led to court proceedings against Christine’s former lover, Johnny, and attracted press attention towards Christine and Mandy. Christine has also been recognised by a tabloid journalist. He presses her on rumours of an affair between her and a high-flying government minister.

Christine is tempted by the offer of money for her story. But she must first convince the newspaper it is both true and sensational enough to risk a libel suit. She considers adding that, while sleeping with the minister of war, she also spent a night with Stephen Ward’s Russian diplomat friend, Captain Ivanov, and that during the affair she was encouraged to relay the minister’s military secrets.

As Christine talks to the press, she and Mandy continue to live with Ward. He enjoys the controversy but urges media discretion. He is still under MI5 surveillance and must reassure Captain Ivanov that the press's focus on Christine will die down soon.

Meanwhile, Profumo denies any connection to the girl in the newspapers, but his colleagues and his wife, the actress Valerie Hobson, start making the connection. A police visit to Christine and Mandy then tips off a local police sergeant to Stephen’s unusual lifestyle. As Christine sets out her story and the establishment scrambles to discover the truth, Christine and Profumo recall the early passions of their whirlwind summer affair.