BBC One
Miranda: My Such Fun Celebration
Main content 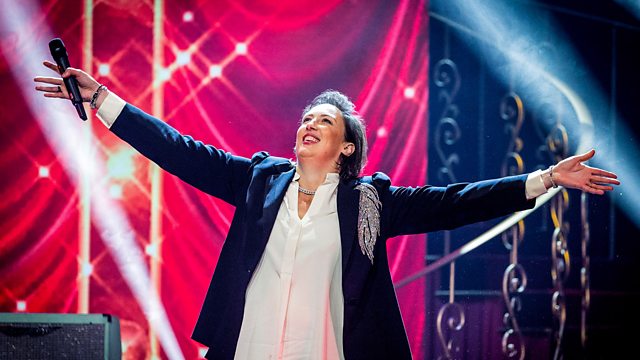 Miranda: My Such Fun Celebration

Miranda Hart and the cast of her sitcom come together to celebrate the show's tenth anniversary with a music-filled, star-studded spectacular from the London Palladium.

Miranda Hart celebrates the tenth anniversary of her award-winning sitcom with a star-studded spectacular filmed in front of an audience of fans at the iconic London Palladium.

Joining her are the sitcom’s cast, who reunite to look back over a decade of fun and friendship, and share their fondest and funniest memories from their time on the show.

And it wouldn’t be a party without music and surprises, of which there are plenty. McFly kick off the show with a rousing rendition of Don’t Stop Me Now and there is music from the Kingdom Choir and the cast of Mamma Mia. And in a fitting tribute to the sitcom, Heather Small brings the house down with a performance of Proud.

There are also touching tributes from Miranda fans, and stars including Andy Murray, Hugh Bonneville and Carey Mulligan line up to wish the sitcom a happy birthday.

This unforgettable night of magical memories, with Miranda at the helm, includes some poignant reflections alongside the silliness, dancing and, of course, galloping!

See all clips from Miranda: My Such Fun Celebration (3)