BBC Two
Paddington: The Man Behind the Bear
Main content 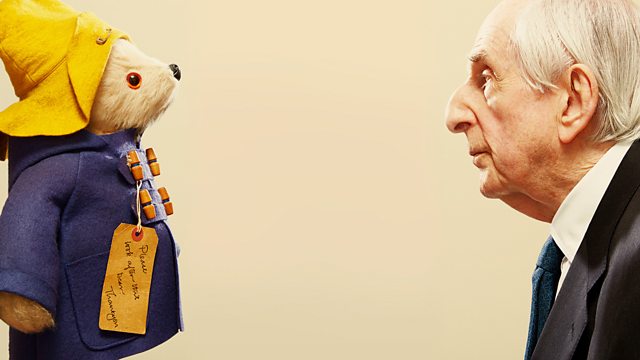 Paddington: The Man Behind the Bear

With readings by Hugh Bonneville, animation and contributions from celebrity fans, this film looks at the beloved character of Paddington and tells the story of his unassuming creator Michael Bond.

Featuring specially filmed readings and narration by Hugh Bonneville, this film celebrates how Paddington became such a well-loved character for generations of readers and film fans. It is also the story of his unassuming creator Michael Bond.

With a mix of archive, animation, interviews and some surprising encounters, it tells the tale of how a little Peruvian bear called Paddington found a home in Britain and went on to enchant the world.

There are fascinating insights into how Michael Bond's own life influenced the values and character he gave to Paddington, from Michael’s personal encounters with refugees during the war to witnessing the arrival of the Windrush generation in postwar London.

Entertaining sequences that Paddington would approve of include a trip to see his close relatives at the zoo, an exclusive endorsement from the Peruvian ambassador, Heston Blumenthal performing a Paddington-inspired culinary magic trick and Jeremy Clarkson revealing how his parents made a fortune selling unofficial Paddington dolls.

The film is also a nostalgic trip to the golden age of British TV - a time when Bill and Ben and Muffin the Mule ruled the roost, and Michael Bond was a camera supervisor on a brand new children’s show called Blue Peter. Bond later teamed up with the genius behind The Magic Roundabout to bring us The Herbs and, of course, the BBC television version of Paddington.

Following Paddington’s rise to become the world’s most recognisable, well-loved bear, the film sees how Paddington worked as a Unicef children’s champion and, with the help of cast and crew, follows his unstoppable career in the movies.

Ultimately, the film offers a warm celebration of how Michael Bond gave Paddington values of decency and understanding shaped by his own upbringing and experiences in postwar Britain, and, in doing so, created a bear the whole world has come to love.

See all clips from Paddington: The Man Behind the Bear (5)