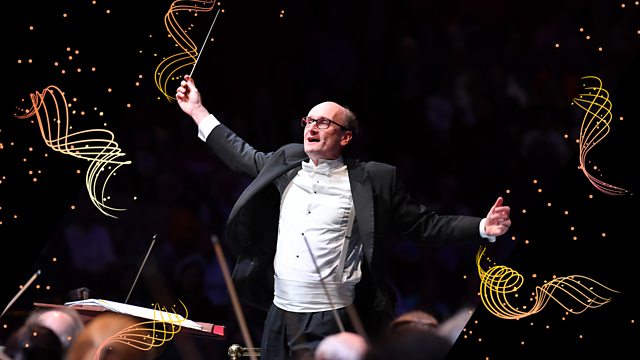 From the 2019 BBC Proms, the NDR Radio Philharmonic, conducted by Andrew Manze, perform Beethoven's Fifth Symphony and Handel's Music for the Royal Fireworks.

BBC Proms: the NDR Radio Philharmonic is conducted by Andrew Manze in Beethoven's Fifth Symphony and Handel's Music for the Royal Fireworks.

From the Royal Albert Hall, London.
Presented by Martin Handley.

Proms founder-conductor Henry Wood’s tradition of composer-themed nights continues here with Beethoven.
The composer’s revolutionary Fifth Symphony provides the climax of a programme that also includes music from his dramatic ‘rescue’ opera Fidelio.
Bach’s music was a passion shared by Beethoven and Wood, and is represented here by Elgar’s orchestration of the Fantasia and Fugue in C minor for organ.