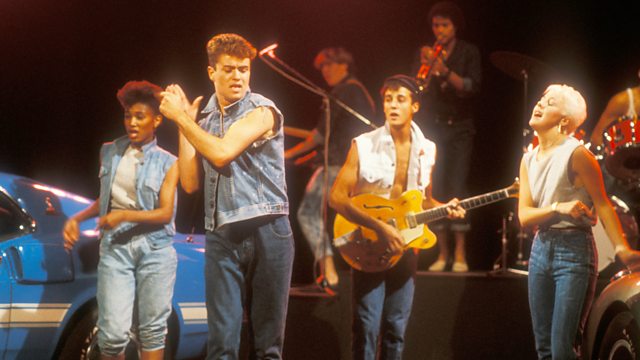 Wham! The Music That Made Us

Andrew Ridgeley looks back on the music that influenced him and Wham! bandmate George Michael, as they journeyed from schoolboys to pop wannabes and on to worldwide superstardom.

Andrew Ridgeley returns to Radio 2 to reveal the musical influences of a young Georgios Panayiotou (before he was George Michael) and himself, as they journeyed from Watford schoolboys to pop wannabes and on to worldwide superstardom.

Featuring an eclectic range of music from the likes of Elvis Presley, Joy Division, Elton John, The Specials and Sugarhill Gang, Andrew will talk for the first time about the music that bonded George and him.

He'll also spin the songs that influenced the sound of The Executive - Andrew and George's first band together - and then Wham, revealing the musical journey that eventually led the pair to create some of pop's most iconic songs.

See all episodes from Andrew Ridgeley