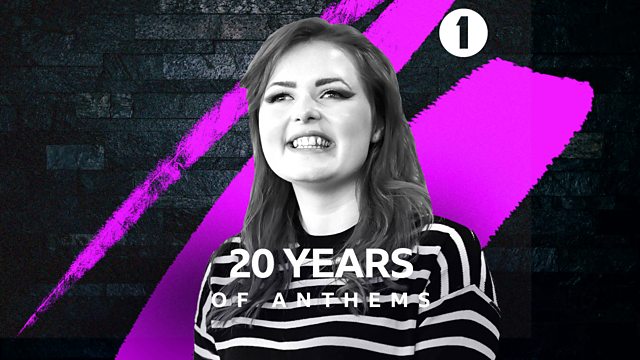 Lucy Edwards plays the greatest hits of 2011 in Radio 1 Anthems, as part of Radio 1's schedule of new DJs over Christmas & New Year.

YouTuber Lucy from Birmingham is the first blind presenter to host a show on Radio 1. She presented an early morning show on MKFM and has also worked as a Broadcast Assistant for BBC Ouch!'s podcast and as a freelance reporter on BBC Radio 4's In Touch. When she is not behind the microphone, she can be found making videos for her YouTube channel where she documents her "blind British adventures" along with her guide dog, Olga. You can catch her Radio 1 shows on December 28th and 29th from 10am.