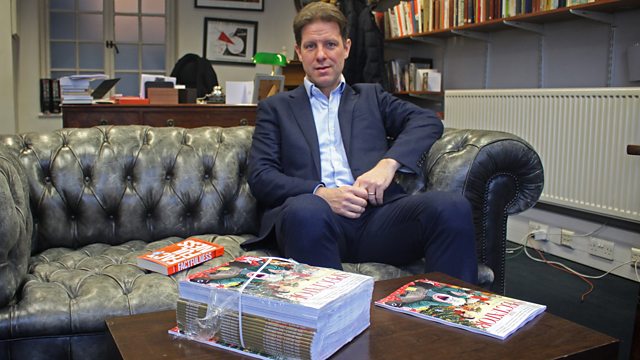 A Small Matter of Hope

Life's getting better. Statistics show the average human is healthier and better fed and educated than ever. So why don't we believe it? Fraser Nelson investigates.

Life is getting better. Child mortality rates have tumbled worldwide, more girls are in education, malaria is in decline and hunger is a thing of the past for most of us. So why don't we believe it? Why are so many of us convinced that we're heading for hell in a handcart?

It's a question that really bothers the editor of the Spectator, Fraser Nelson. Is it the fault of journalists like him, peddling conflict and disaster rather than tales of human progress? Or are we all born with a negativity bias? Do we seek out stories of death and danger just as our ancestors listened out for sabre-toothed tigers padding ever closer to our cave?

In search of answers Fraser meets some of the best-selling thinkers on human happiness- Harvard psychology professor, Steven Pinker, author of Notes on a Nervous Planet, Matt Haig and co-author of Factfulness, Anna Rosling Ronnlund.

Armed with the combined intellectual heft of these purveyors of positivity Fraser returns to his Whitehall office to persuade his cynical staff that the world is crying out for a new Spectator with a positive spin.